Mr. Pande is the Chairman of Nepal Investment Bank. He has been contributing towards the development of banking industry over the last four decades and has played an active role in strengthening the financial sector of Nepal. He had held different positions in Nepal Rastra Bank and had worked as Director of Rastriya Banijya Bank Ltd. He also was the Founder, Executive Director, Chief Executive Officer of Himalayan Bank Ltd. before being the Chairman of Nepal Investment Bank Ltd.

Speaking after the felicitation, Mr. Pande shared some of his insights and experience, and thanked NBA for the recognition. 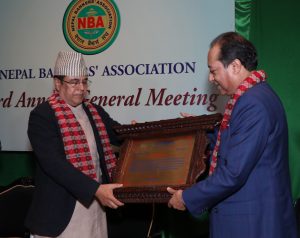 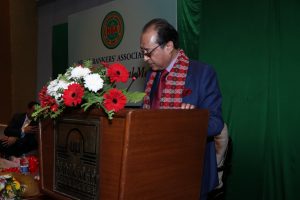