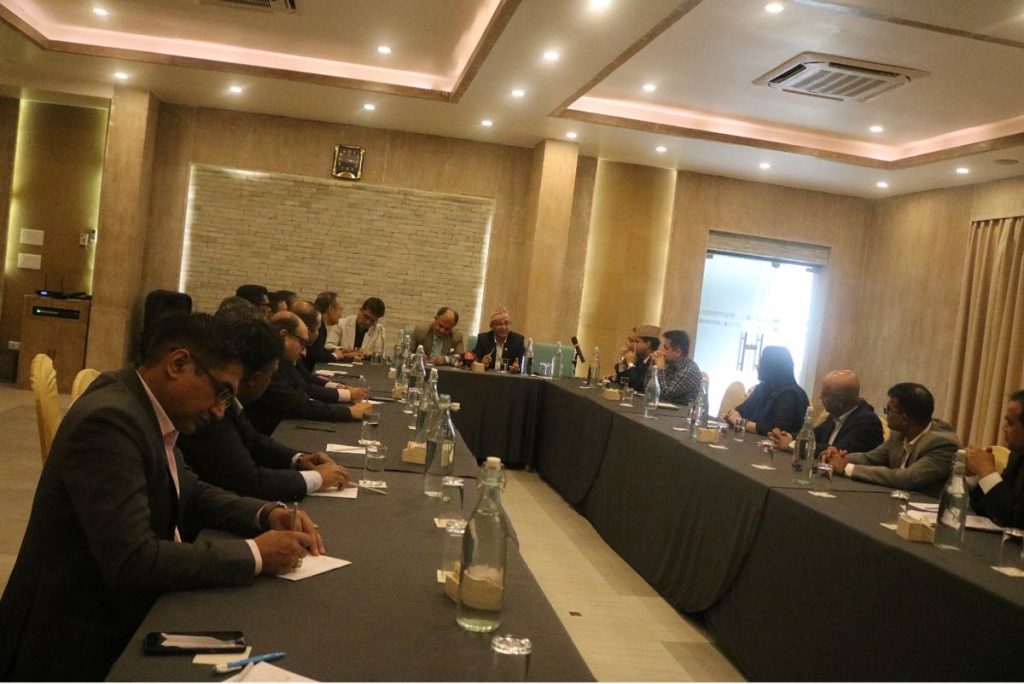 In the initiative of Nepal Bankers’ Association (NBA), the Mayor of Pokhara Metropolitan City, Mr. Dhan Raj Acharya and all the CEOs of commercial banks met in Pokhara. The President of NBA Mr. Anil Kumar Upadhyay welcomed everyone to the session and admired the Mayor for attending the meeting despite the busy schedule.

The Mayor welcomed all the CEOs in the touristic city of Pokhara and thanked NBA for inviting him to the meeting. He highlighted the huge potential which Pokhara city has from tourism perspective and the necessity for investment in the city. He also shared his vision to develop Pokhara as the tourist capital. He discoursed the need for considerable investment in Pokhara’s service sector, including hotels and schools, and advised CEOs to take an initiation on those projects because they carry less risk and high returns. Additionally, he expressed his willingness to remove any legislative barriers that are preventing the investment in Pokhara. The CEOs also participated in the discussion and shared their views.