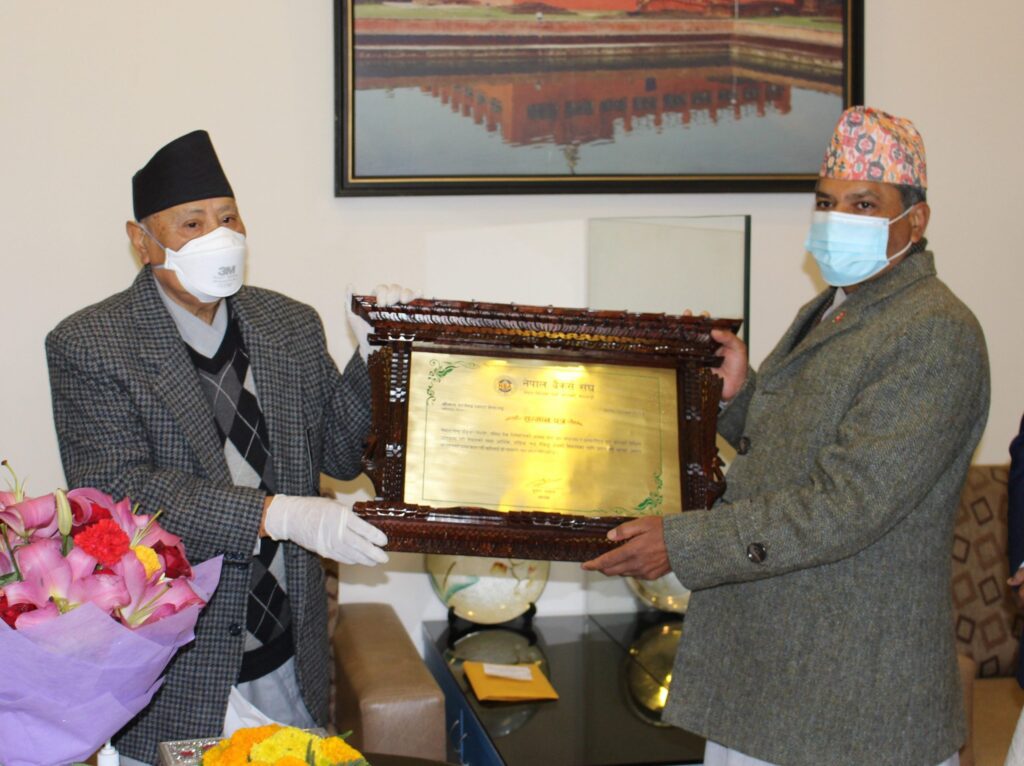 The Chief Guest of the program Honorable Governor, Nepal Rastra Bank gave a keynote speech where he highlighted the financial situation of the country where a lot of economic indicators are on the positive side. He added that the private-sector lending which was not encouraging at the beginning of the current FY, has now shown good signs and we have witnessed credit growth in recent months. He also suggested channelizing the loans in the productive sector which is of national priority.

He further said that NRB has kept payment systems as a priority and directed banks to promote QR Code Payment System. He further added that QR-based payment will reduce the dependency on imported technology and cards. On merger and acquisition, he mentioned that NRB is ready to provide necessary support which would encourage banks to go for M&A.

Mr. Shrestha is the former Governor of Nepal Rastra Bank. He served as the 10th Governor of Nepal Rastra Bank from January 18, 1995 – January 17, 2000 A.D. He was also the Chairman of Nabil Bank Ltd. He also held various positions at the Ministry of Finance, International Monetary Fund, among others. He has played a major role by contributing towards the development of the banking industry and strengthening the financial sector of Nepal.

Speaking after the felicitation, Mr. Shrestha thanked NBA for the recognition and shared some of his insights and experiences. He also requested all the stakeholders to collaborate together to come out from this challenging situation.