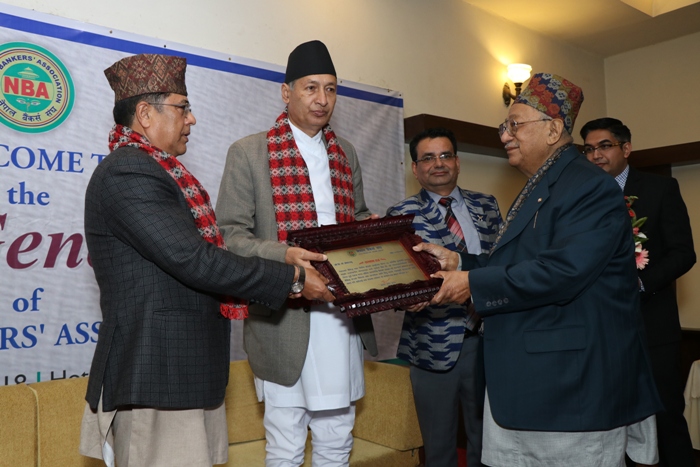 December 6, 2018, Kathmandu: Nepal Bankers’ Association held its 32nd Annual General Meeting  today. Giving continuation to NBA’s tradition of felicitating one eminent person during the AGM, who has significantly contributed towards the development and promotion of financial/banking sector, this year the Association decided to felicitate Mr. B. K. Shrestha, Chairman, Everest Bank Ltd.

Mr. Shrestha has been contributing towards the development of banking industry for the last 26 years. He is the Promoter/Director of Everest Bank Ltd. and has been the Chairman of the Bank for over last two decades.

Speaking after the felicitation, Mr. Shrestha shared some of his insights and experience, and thanked NBA for the recognition. 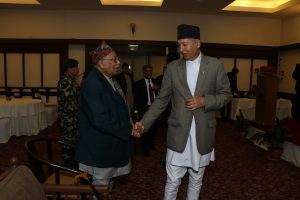 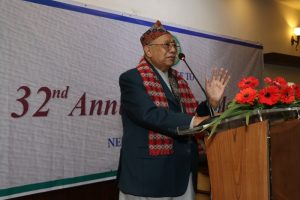 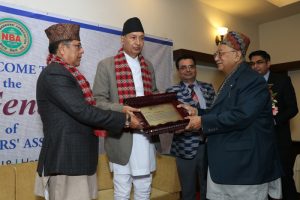